My blog post today is all about GinaK Designs' April CenterStage Spotlight Designer: Geri Utterback!  I wanted to take the time this morning to showcase some of the projects that she's created using the stamp sets from April's release.

But, before we get to all the projects I've picked to showcase, let's take a look at the card that Geri submitted to Gina's Guest Design Team Call:

Isn't her card amazing - just look at those sunbeams!!  Check out Geri's blog post here for details on how she achieved this look: sunbeam technique tutorial

While looking through Geri's StampTV gallery, I had a hard time narrowing it down to one project with each new stamp set because she has so many beautiful projects in her gallery!  Please be sure to check out her gallery to see all of her samples when you get the chance - you will be very inspired!!  Here's the link for you: Geri's StampTV gallery

Let's get started with her projects!   Check out her amazing basket that she made using GinaK's template and Melanie's Gifts from the Sea shell image to make the flowers .... STUNNING and so clever!

Here's a close up Geri shared so you can better see the details in her flowers ... It's hard to believe this is a sea shell image, isn't it?!

By the way, if you are interested in making this basket too, check out the Freebie tab on StampTV for Gina's Template.

Next up is my very favorite project (and Geri's too!) that she made as our Guest Designer.  Just look at this scene she made with the images from the Quite a Catch stamp set ...

Love those sea critters all together!!

Next, check out this beautiful card she made with her daughter Theresa's Gone Fishing and Happy Camper stamp sets - perfection!!

She is a master at creating scenic cards, don't you think?

Next, just look at this adorable card she made with Rupa's Welcome Home stamp images ....

Love that moving van with the boxes, don't you?

Then, look carefully at all the details Geri added to this card she made with Asela's Sew Pretty stamp set - check out the thread on the sewing machine especially - wow!

Love the stitching and ruler ribbon too, Geri!  Great job!

Here's another scenic card that she made with Tami's Oh Boy stamp set - so cute!

I really like how she made the hills and the water - so clever!

Then, check out this card made with Nina's Vintage Backgrounds - she also used Nina's Lovely Labels and Asela's Sew Pretty stamp sets on this beauty...

Love that paper pieced dress and the red theme!

Finally, check out this clean and simple card she made with Gina's Masculine Messages stamp set - notice how she used a little image from Theresa's Gone Fishing set too...

I really like the colors she used on her card and that paper piercing along the corners - what a great accent that is for a masculine card, don't you think?

Before I close, I wanted to point out one more simply adorable card that I found while spending some time in Geri's gallery on StampTV.  Check this out - isn't it cute!?

I love that she used Theresa's Hang in There images - aren't they colored beautifully too!?

Thank you so much, Geri, for all your amazing work you've done for GinaK Designs this past month as well as throughout the time you've been a member of StampTV!  It's been a pleasure working with you and I look forward to even more samples and inspiration from you over the coming weeks!

If you'd like to leave some love and a comment for Geri, feel free to do so on my blog OR better yet, check out our this thread on StampTV and leave some love there for her!  I know she'd appreciate your encouragement!

Then, before I go here are some links for you to bookmark so that you can continue to follow Geri's work and be inspired:

The new CenterStage Designer has been chosen by GinaK and she will be making the big announcement on her blog later today - so watch for that!  It's going to be so much fun working with another fabulous designer this month!

Have a wonderful rest of your day!
Jessica

Jessica, What a wonderful post! Geri is so deserving of your kind words. She is a master! Her attention to details amazes me with every card! No wonder her girls are SO talented!!! Thank you for spotlighting her creations - you are a good friend!

Geri is absolutely amazing and I thoroughly enjoyed every creations she shared!!!! Jess.........what a truly special showcasing you did!!!

Jessica, I can't tell you how much this means to me! You make me look so good! Thank you my friend from the bottom of my heart!! Hugs, Geri 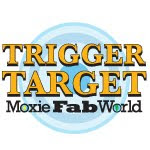